The Presence of the Prophet: Muhammad in the mirror of his community in early and modern Islam 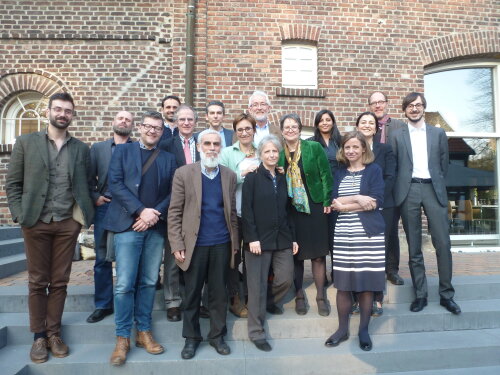 Attachment to the Prophet is shared by all the different individuals, groups and communities which define themselves as Muslims, whether Sunnī or Shīʿī, whether attached to the letter or rather the spirit of Islam, whether proponents of Islamic reform or secular Muslims. As a focus for personal emulation and normative precedence and as a source of hope for salvation, cultural pride and empowerment, the Prophet of Islam continues his presence among the Muslim believers. This includes eschatological beliefs about him which connect the beginnings of Islam (and for some also the origin of the whole created world) with the present time and the end of days. A metahistorical immediacy is also evoked by the transmitted Prophetical sayings, which speak to the believer and suggest blessing and even victory for those who keep hold the Prophetic Sunna.

The joint explorative enterprise intended by this Franco-German research group seeks to explore the various forms of attachment to the Prophet which have contributed to the formation of the Muslim individual and to the development of Islamic culture and politics since the early modern period, in a time of continuing expansion but also decentering of the Muslim world. The persisting influence and the transformation of early Islamic and medieval representations of the Prophet played an essential role in this context. The interplay of religion, society, and politics, which is typical for Islam but still insufficiently accounted for, will be explored on the basis of a central field of Islamic culture which was brought in recent years into the focus of increasingly globalized conflicts.